The time has come to organize the best evening for this new year 2018 in Sardinia! So many proposals consider, we have selected the best! We are still waiting for news about the events that will take place in Nuoro!

A New Year’s Eve rich that of Cagliari this year, great to welcome to 2018! We see the squares involved and the events scheduled: from 21.30 hours. Free admission to: Piazza Yenne:

A private event that requires reservation and payment takes place instead at the Fiera di Cagliari, Pavilion e: CityFest (Facebook page) info and tickets to numbers 392 8210270/346 2274614/Box Office Sardinia), 10 hours of live music and Dj Set until dawn with: 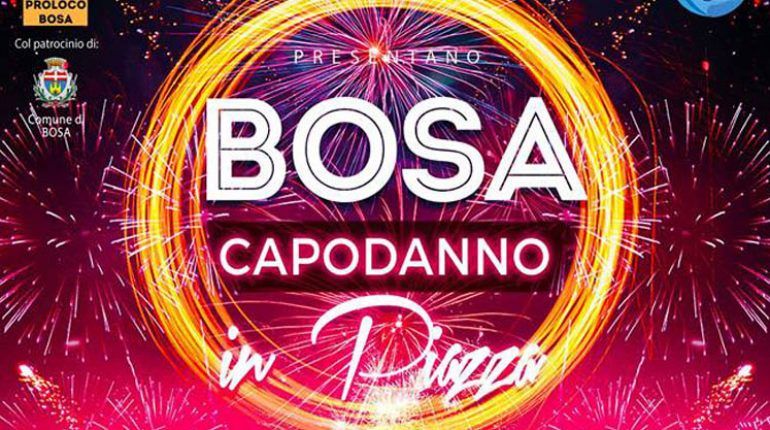 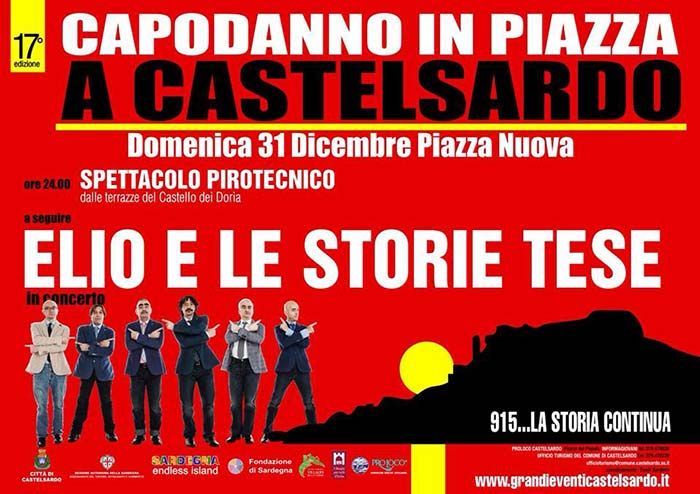 In Castelsardo, a splendid village overlooking the sea, gives us for this new year 2018 a wonderful night of San Silvestro with the music of helium and the stories stretched Milanese band among the most appreciated of the national music scene! The fireworks show at midnight is inevitable. 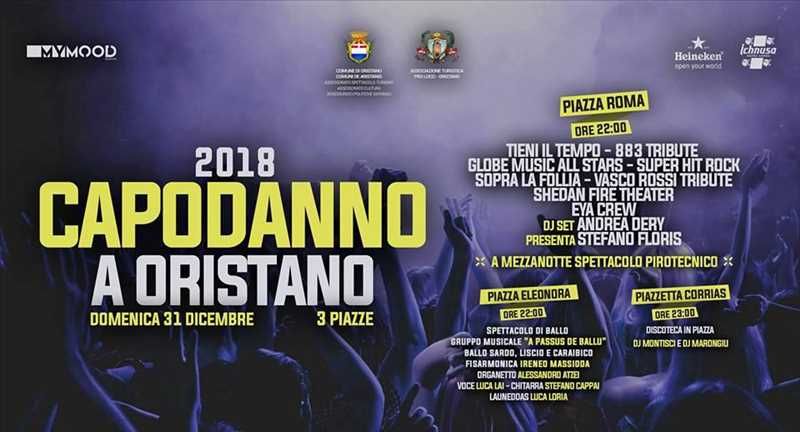 The municipality of Oristano, proposes several events grouped in the various squares of the historical center of the city. The music, the real protagonist: 22.00 PIAZZA ROMA, keep the time – 883 tribute, the Globe music All Stars – Super Hit Rock; Above the Madness – Vasco Rossi tribute; Shedan Fire Theater, Eya Crew and Dj set by Andrea Dery. Presents the evening Stefano Floris. PIAZZA ELEONORA, folk music with the dance show of the musical group “A Passus de Ballu”. Irenaeus Magdi, with his accordion and Alessandro Olayinka on the organ, Luca Lai on vocals, Stefano Cappi on guitar and Luca Larsen at Launeddas will offer Sardinian dance, smooth and Caribbean. At 23.00 PIAZZETTA Chandran, disco in the square, cool DJs and Madhu. Fireworks to celebrate the stroke of midnight.

Alghero for the New Year 2018 proposes artists of a certain thickness, we can indeed enjoy the music of Samuel Romano, known as singer of Subsonic and who will present his last solo album, “The Code of Beauty” released in 2017. Together with him on stage the French duo of the Offenbach, authors of the hit “Be Mine” that will make you dance until late. Besides the firework display, the luminous installations of Tonino Serra will help to illuminate and adorn the town.

Olbia wants to become a pole of tourist attraction that goes beyond the summer season for this chooses to offer an evening that attracts a large audience so chooses as the star of his New Year’s rapper J-Ax. But it also points to a show of contour that knows to entertain the public all night and that it can touch the interests of the spectators of all ages. On the stage of the Pier Brin,

Photos from the webeven Sassari does not fly low, it will be in fact Piero Pelù (leader of the Litfiba) the star of the New Year 2018, the singer will perform in the central Piazza Italia, propose to the public the new solo project accompanied by Bandidos, rock band formed by Giacomo Castellano Ciccio Lambert, Luca Martelli and Federico Sagona. But getting on stage will not only be the internationally acclaimed songwriter. Open the evening DJ Sassari, Davide Majeed delighting the square with his music funk, hip hop and raggae. To follow the MariaMarì, Sardinian group that rinterpreterà for us great authors like Enzo Jannacci, Vinicius Capossella, Tom waits and Fabrizio De Andrè.

A New Year’s Eve dinner based on local products and a lot of entertainment on the night of San Silvestro organized by the Natural Shopping Center, the festival for the arrival of the Nuovo is scheduled in the social center of Via Santa Lucia, from 8.30 pm and provides a rich dinner With menu consisting of typical dishes, wine and local products. The evening will be animated by the band Baraonda Show. Musical performance with Francesca Loche and Andrea Rosas, on guitar and vocals Sara Oppo, on percussions Lorenzo Putzolu and the dancers Chiara salami and by the same. The cost of the ticket is 35 euros for the dinner and the show. Anyone who wants to join only for the party, will have the opportunity paying a reduced cost of the ticket that will be only 10 euros after 11.30. For bookings you must contact the telephone number 340 2284786 (Andrea).